In the 2000’s, education was addressed for the first time as a subject of structured cooperation between the EU Member States. The importance of working across sectors and promoting a comprehensive approach to education was recognised both by civil society organisations and the EU.

In 2001, several NGOs decided to join forces and share their experiences and expertise in order to contribute to the drafting of the European Memorandum on Lifelong Learning adopted by the European Union in 2002. A second initiative was launched in 2004 to raise awareness of the importance of basic skills as key competences for life.

Those two initiatives were so successful that in 2004, six NGOs, AEGEE, EAEA, EfVET, EURO-WEA, EVTA and SOLIDAR, proposed to create and maintain a consultation platform open to all interested civil society actors in the field of education and training.

The platform has grown and is proud to represent 42 European organisations, covering all actors in education – networks of parents, educators and teachers, schools heads and learners alike – and all sectors – higher education, primary and secondary education, VET, youth and even non-formal and adult education.

Those organisations share a common vision of the importance of lifelong learning to build more democratic and sustainable societies. They try to answer the most urgent needs of our societies – such as adult literacy, early school leaving and tackling the increasing educational inequalities. We view education as a human right that should not only be offered in schools but throughout life and for all. 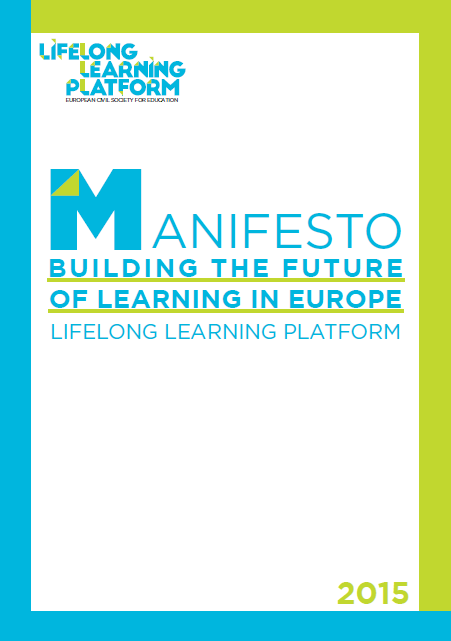