The LLLPlatform is partner in the two-year Erasmus+ KA2 project “Open Your Eyes: Fake News for Dummies” involving seven partners from six European countries, which seeks to improve the digital literacy of adult learners by providing them with tools to identify fake news and fight the spread of disinformation online. After compiling a database of best practices, the partners train adult educators who will in turn deliver “Check IT Out” Labs to willing adult learners. The data and initiatives collected will be available on the project website, together with policy recommendations.

In the New Media Age, we are constantly surrounded by all kinds of information, from political issues to advertisements and marketing, which gets to us with no filter other than our own capacity to critically assess the validity of the received information. Biased information appears to be particularly difficult to decode for the less media-literate demographics; while the rates of digital literacy have proved to disregard age or educational level, the project targets specifically adult learners and educators, in the hopes of improving their digital skills, raising awareness of the concept of fake news and providing the tools to combat it. 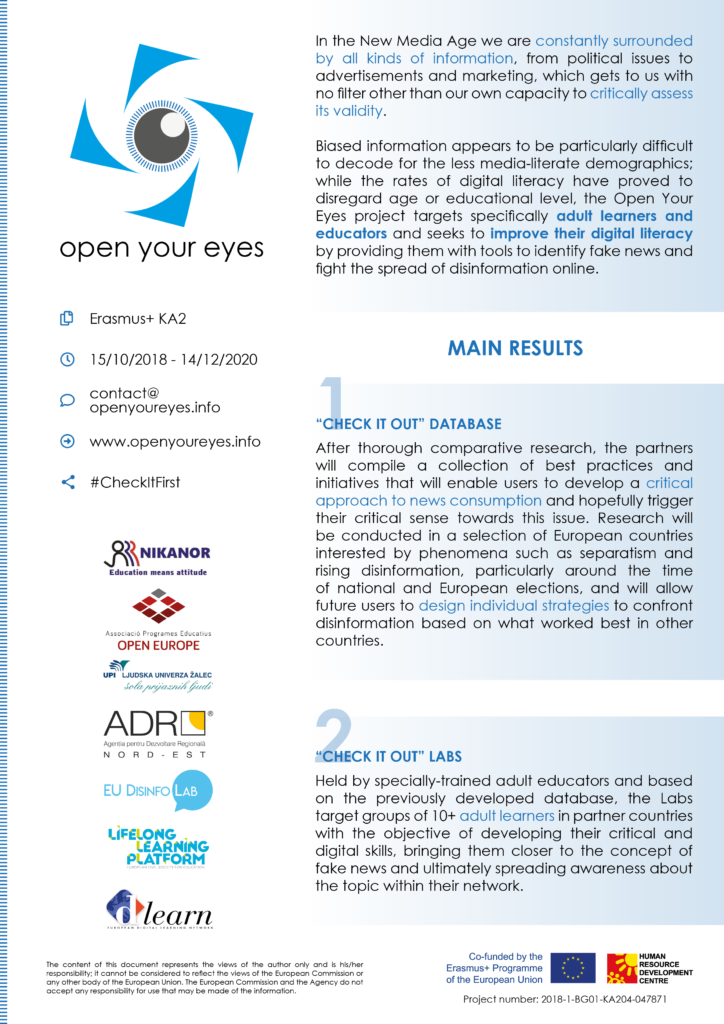