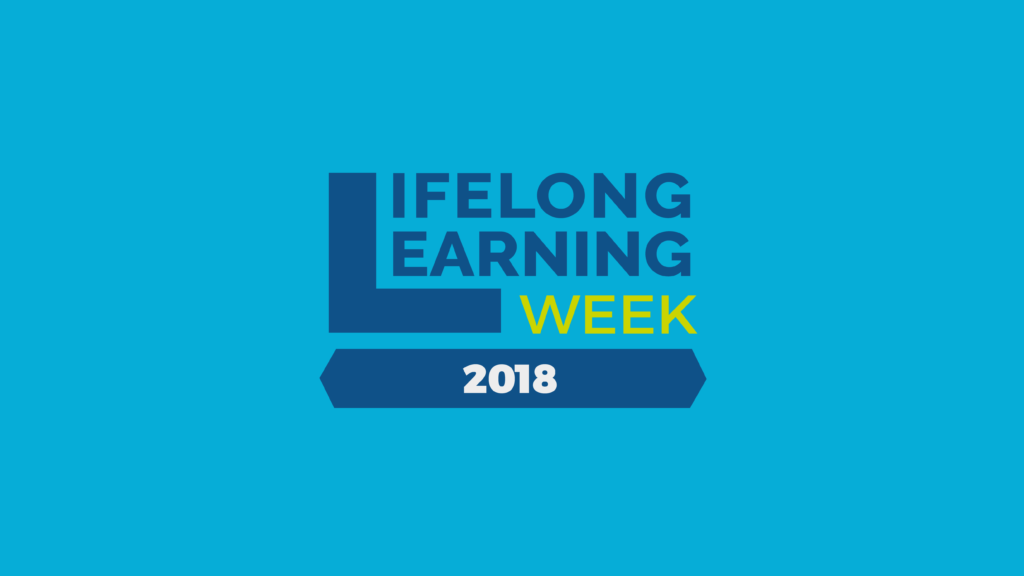 The LLLAwards aim to celebrate outstanding initiatives in favour of pushing LLL policy forward, building inclusive societies and making lifelong learning a reality for all. The Awards celebrate educational practices from all over Europe that can demonstrate the use of creative and inclusive learning methods with outstanding results and the potential to be replicated and/or of inspiring others. The Award is not limited to a particular sector, since the Platform believes lifelong learning covers education and training across all ages and in all areas of life be it formal, non-formal or informal and shall enable citizens’ emancipation as a framework for personal development and well-being and citizens’ full participation in society in its civic, social and economic dimensions.

For their 3rd edition, the Awards will celebrate “Lifelong Learning Culture: a partnership for rethinking education”. A Jury of experts will be responsible to evaluate the practices we received. This year, the Lifelong Learning Platform aimed at having three distinct profiles for the Jury: representatives of the European institutions, because we want a strong link with the policy being developed at institutional level; experts from the world of academia, because of their exceptional curricula in the study of education and culture; three jury members stem from the galaxy of Civil Society Organisations: because the LLLAwards are a recognition to civil society, and NGOs deserve to be represented in the Jury as well. 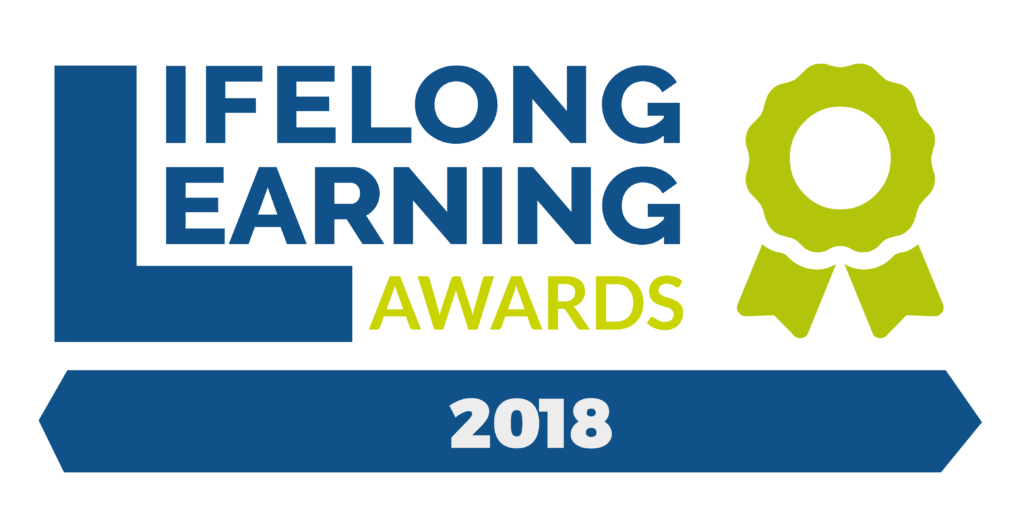 Discover here below the Jury Members of the 2018 edition. 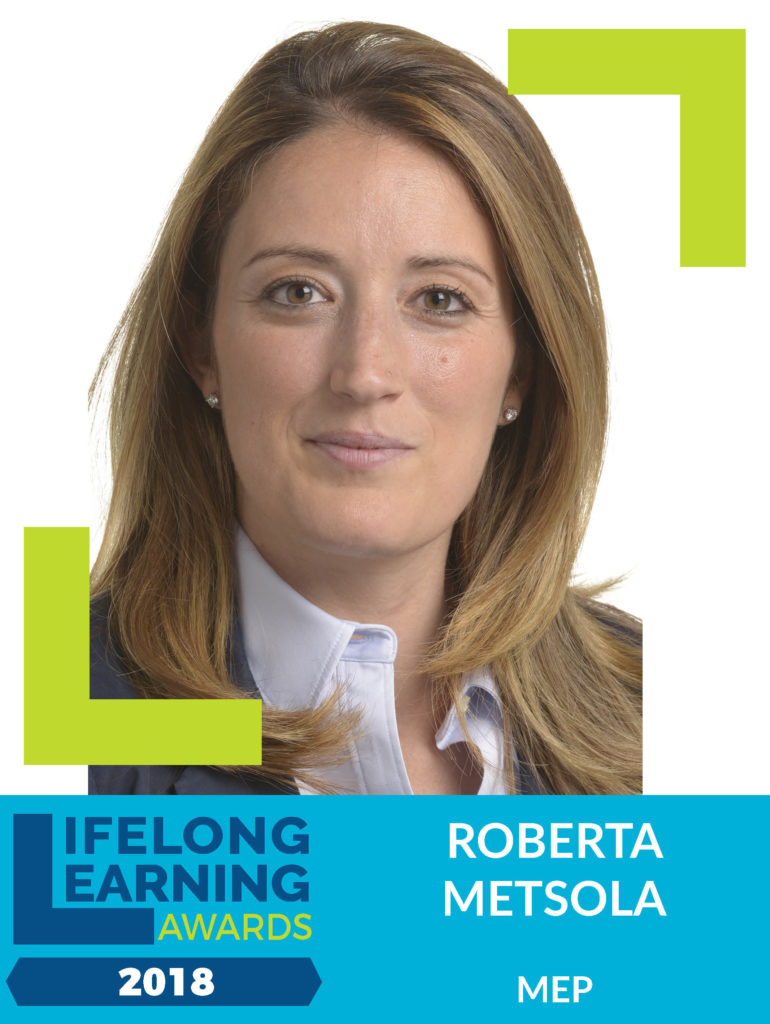 Roberta Metsola was first elected to the European Parliament in 2013, becoming one of Malta’s first female Members of the European Parliament. She was re-elected as an MEP on the Partit Nazzjonalista ticket with a record amount of votes for a female candidate in 2014. Professionally she is a lawyer who has specialised in European law and politics. Ms Metsola is a Member of the Civil Liberties, Justice and Home Affairs Committee where she is Coordinator for the EPP Group. In her student years, Ms Metsola was highly active in various organisations, acting as the Secretary-General for the European Democrat Student organisation between 2002-2003. Born in 1979, Roberta Metsola is married to Ukko Metsola and is the mother of four young boys. She graduated from the University of Malta and the College of Europe in Bruges. 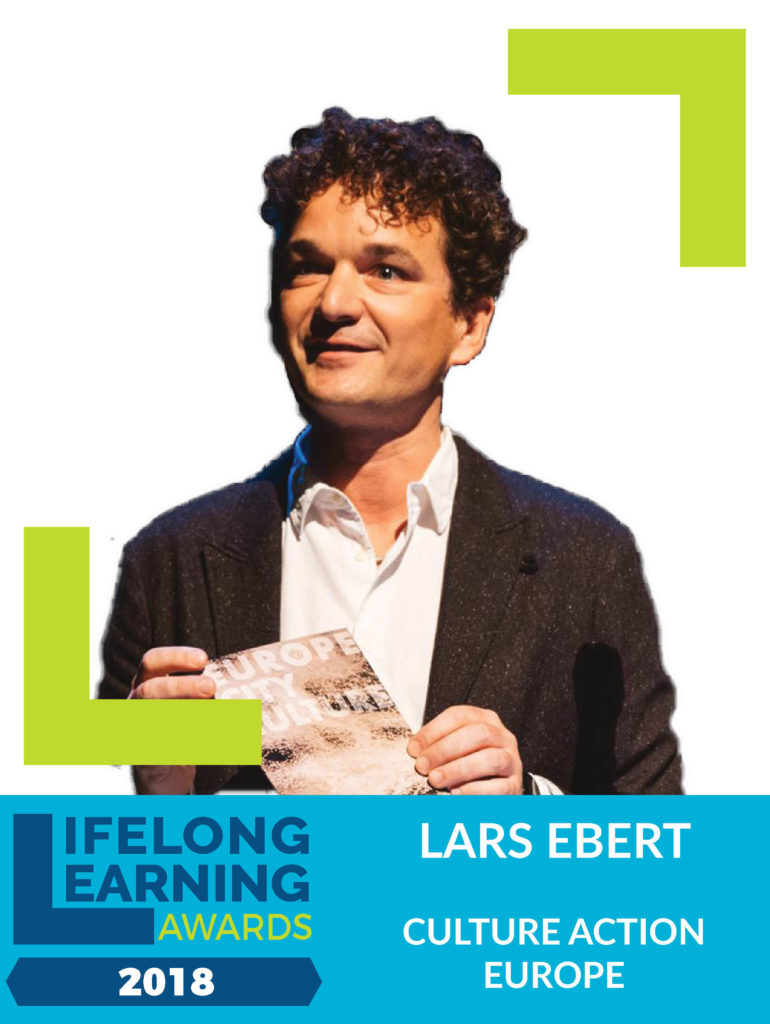 Lars Ebert (Heidelberg, Germany, 1976) is managing board member and co-director of the cultural centre Castrum Peregrini in Amsterdam and an independent adviser for a.o. the ELIA – The European League of Institutes of the Arts. In both capacities Lars develops and implements projects and engages in initiatives addressing the integration of a culturally diverse and inclusive Europe. He is a co-founder and chair of the board of EQ-Arts, the first sector specific, Europe-wide Quality Assurance Agency for the Arts. As a board member of Culture Action Europe he engages in policy discussions on culture and education on a European level. He is a frequent facilitator, moderator and speaker during international events. 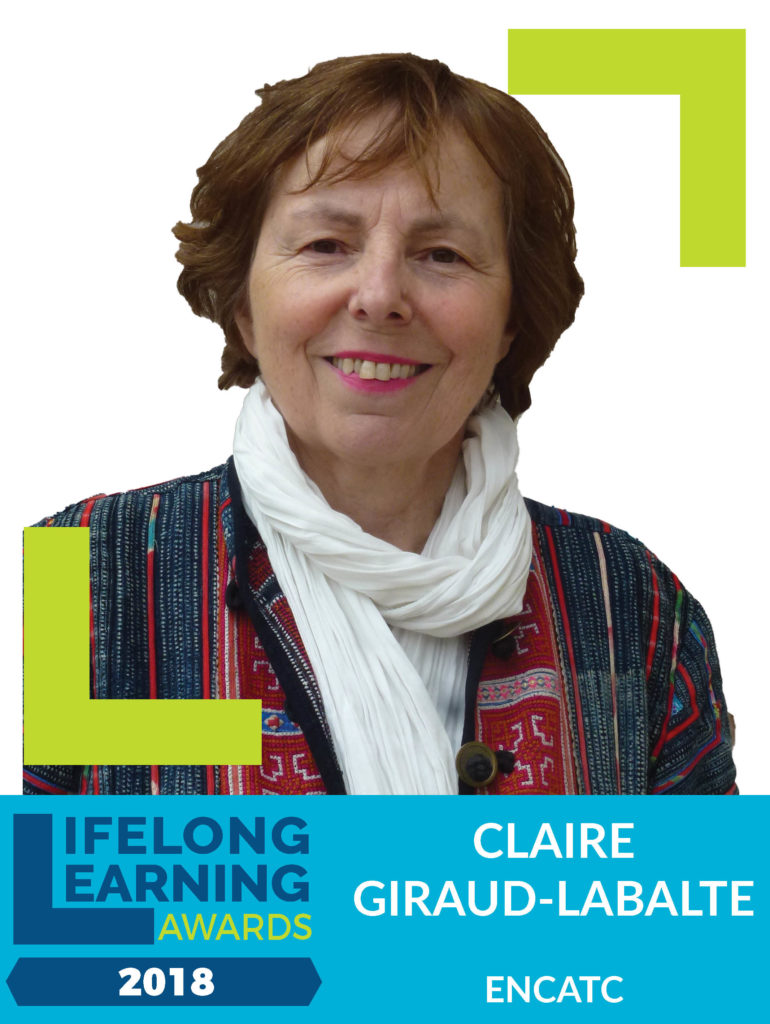 Art historian and professor emeritus, visiting professor at the University of Plovdiv, (Bulgaria), Dr Claire Giraud-Labalte continues her activities as a lecturer and researcher with a long experience in Life Long Learning and interdisciplinary approach. Member of Alliance 3.3. / Encatc, she has represented these European networks on numerous occasions as an ambassador on Heritage. She is also a member of scientific and steering committees: Reflection Group « EU and Cultural heritage » as an observing member ; Consultative Conference of Culture; Val de Loire – world Heritage, UNESCO; Office du Patrimoine Culturel Immatériel; ProKultura Observatory of cultural  policies, Split. She is also President of Territoires imaginaires. Her research works centres around travellers in Europe and their view on cultural heritage and society (19th-20th centuries). 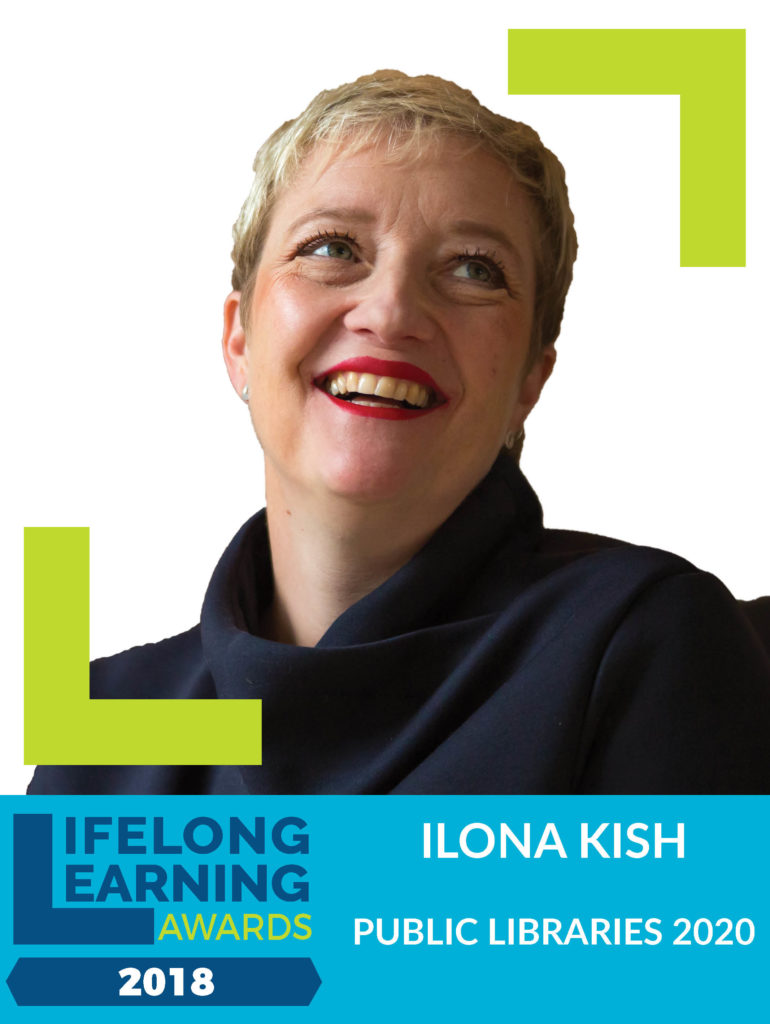 Ilona Kish is a library avenger.  As Director of the Public Libraries 2020 (PL2020) project team in Brussels, she strives to create a stronger European library sector.  By coordinating a network of pioneering librarians from across Europe and raising awareness of the immense potential of Europe’s 65,000 public libraries among EU policy makers, PL2020 works towards building stronger EU communities. Ilona is a proud trustee of the UK Society of Chief Librarians and is currently serving on the Governing board for the Coalition for Digital Jobs and Skills hosted by the European Commission. As the former Secretary General of Culture Action Europe (an association promoting European arts and cultural associations), Ilona has extensive experience in EU advocacy and campaigning, as well as a thorough working knowledge of both the operational and political functions of the EU institutions. 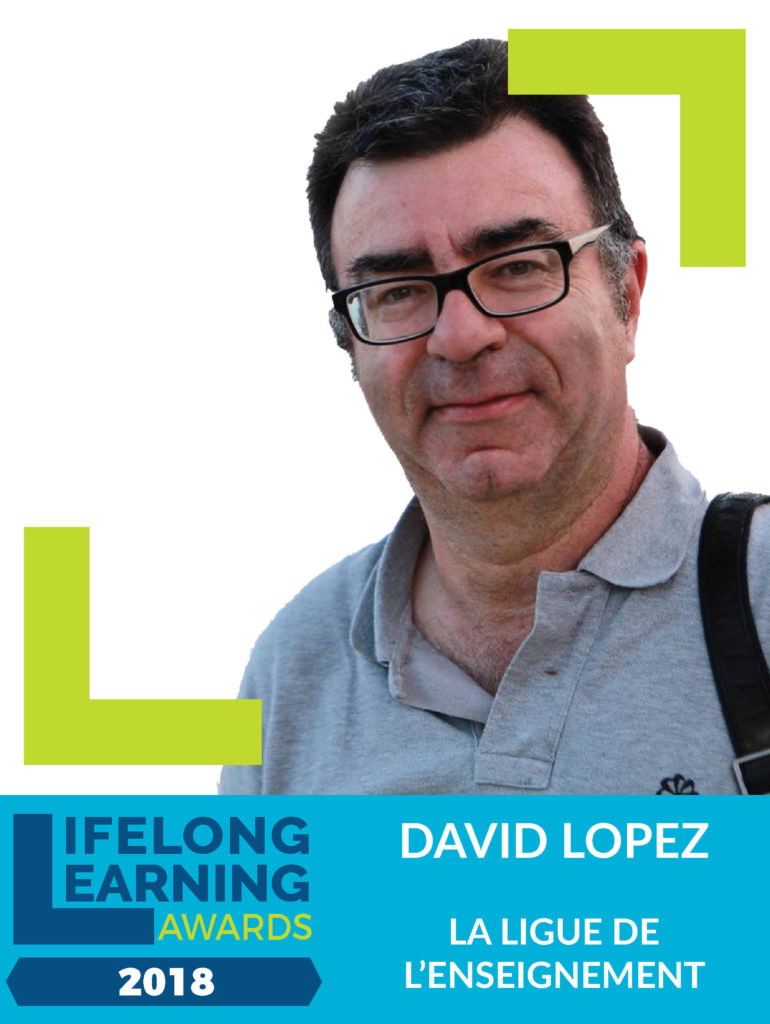 David Lopez Is President of the Lifelong Learning Platform. He is an international expert in lifelong learning, and currently works are international policy officer in la Ligue de l’enseignement, the older organisation in education (formal and non formal) in France. He coordinates both international and European solidarity sectors for La Ligue.He has a background as a teacher in primary schools, but has been working in non-formal education associations since 1983, managing different regional structures of non-formal education and training (CEMEA). Because of his current position, he also represents La Ligue in SOLIDAR, the European Civic Forum, besides being the President of the Lifelong Learning Platform. David was President of the Lifelong Learning Platform until July 2018. 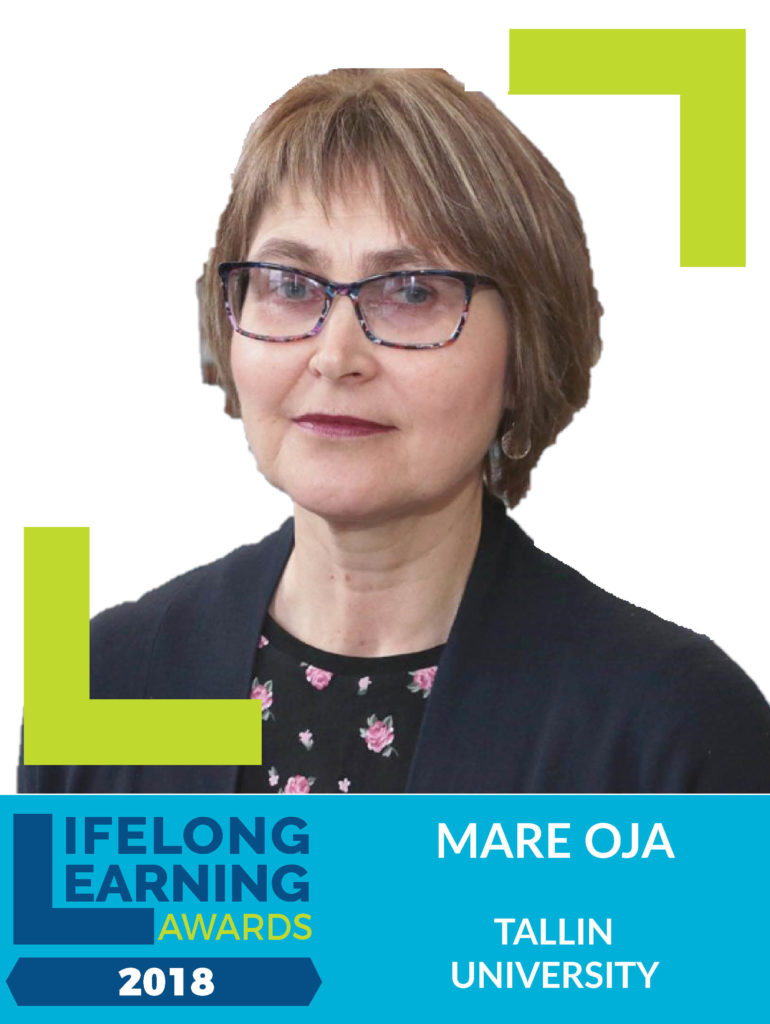 Mare Oja has been working at Tallinn University as a lecturer of History Didactics since 2004. She has worked at school as a teacher of History, Civics and Philosophy from 1983 to 2007. From 1993 to 2010 she has worked in the system of the Estonian Ministry of Education as adviser on History and Social Science. She is the author and editor of several teaching materials. Her latest work is editing teaching material of the cultural history of Estonia, which includes 17 books. Mare Oja has been chairman and member of the board of the History Teachers Association of Estonia. She is currently studying in a PhD programme, in which the topic of her research is “Changes in history teaching since the 1980s up to nowadays.” She was a Steering Committee member of LLLP until July 2018.

See all Past LLLWeek 2018 – LLLAwards