2015: THE ROLE OF EDUCATION IN PROMOTING FUNDAMENTAL VALUES

Convinced that progress will come from joining forces, civil society organisations and Members of the European Parliament met in the frame of the Lifelong Learning Interest Group on 22 September 2015 to share and learn from each other on their common belief that education is the key to unlocking the stalemate in which citizenship finds itself. This was the second meeting of the LLL Interest Group. 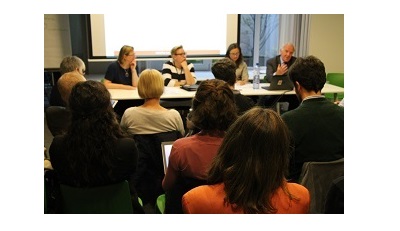 Europe desperately needs a new democratic impetus. It must today face the challenge of migration; yesterday of radicalisation; the year before of massive abstention in EU Parliament elections. In all scenarios, its fundamental values are at stake, those same values on which rests its ideal of peace and democracy. We share memories of the past; what promises can we expect of the future? As a response to some of the burning issues Europe is currently experiencing, EU Education Ministers unanimously adopted the Paris Declaration on promoting citizenship and the values of freedom, tolerance and non-discrimination through education. If the topic is back on the agenda, the challenge remains to keep it there, while striving to ensure it includes all ages in society, from young children to retired people, be they learners or teachers, with inclusiveness and social cohesion in mind.