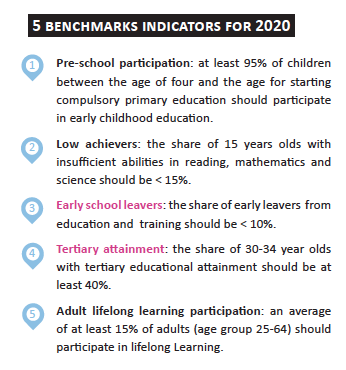 The Lifelong Learning Platform closely follows the implementation of this work programme, notably during the European Education, Training and Youh Forum organised by the European Commission. It also participates in the ET2020 Thematic Working Groups run by DG EAC and DG EMPL. To better understand the processes of the ET2020 have a look at our LLL-P Guidebook in education. It contains up-to-date and relevant information for you!

View all
Register to our newsletter
Sign up to LLLP Insights: Every month we bring you the latest news in education and training